Signs In the Heavens 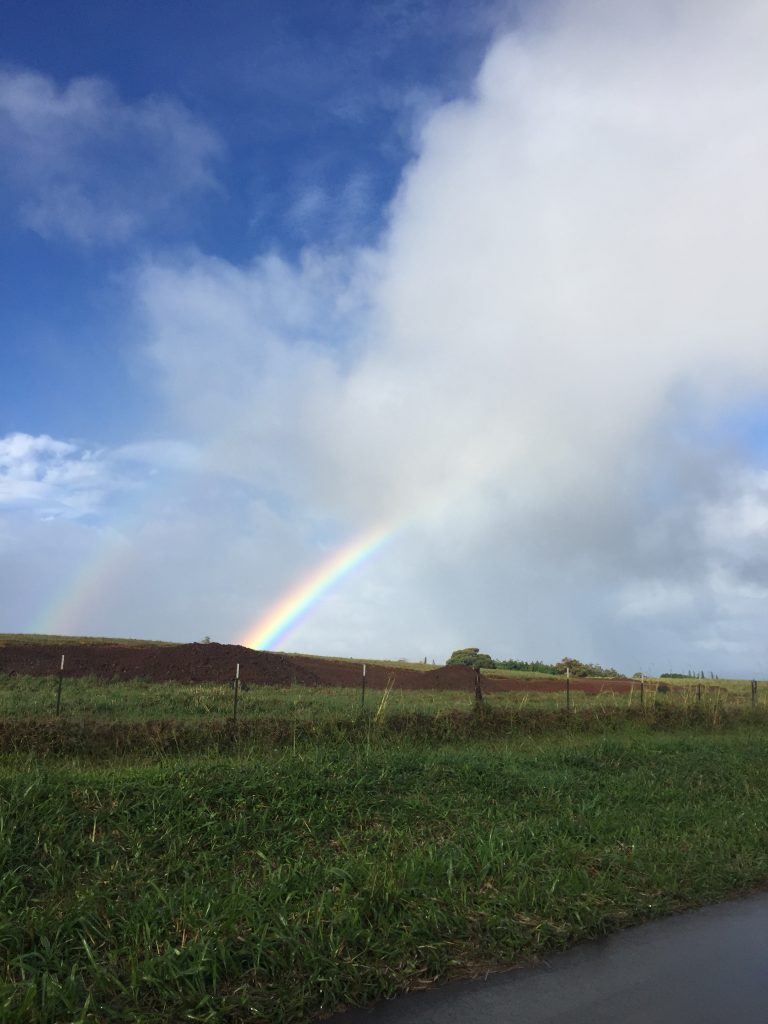 Ho’ailona are signs in the heavens, signs in nature and they can look like many things. I remember Auntie Margaret Machado sharing one of her coming of age ceremonies. When she was around seven years old, her grandfather took her on a three day retreat. During that time they fasted and prayed. She was given only poi to eat and water to drink. She had a cousin, about the same age and their grandfather took both girls down to the ocean. He told them to watch the ocean and know they were one with all things.

Notice the ocean. Is it tumultuous or calm?

Look within yourselves. What does this sign mean to you? How are you feeling inside? Are you calm? Are you feeling like a lot of ups and downs, emotionally, like the waves of the ocean? Tap in to what information the ocean might have for you.

Notice the clouds. What messages do they have for you?

Last November, we went with Kumu Mike Lee up to Haleakala for a cultural excursion. As we were getting ready to come down the mountain, I looked up in the sky and saw this giant, beautiful cloud. It had wings like a bird. It was magnificent! The kind of thing that makes you stop and stare. I asked Kumu Mike about it.

He pointed to the cloud and I noticed, the bird was taking flight. As I looked within myself, I noticed a feeling that I was taking fight towards some creativity. I was just beginning to share with people on a wider scale online with our Ho’oponopono course and I thought “Wow! That’s so amazing that you can gain insight in that way.” As we continued down the mountain, just along the horizon, I noticed another ao pua manu. But, this bird wasn’t as magnificent as the other cloud formation. Both clouds were heading towards each other.   “Uncle Mike! There’s another bird.”   “Oh yes. That’s the female.”   “How can you tell?”   He said, “Just as in nature, the male is very magnificent because he has to attract the female His feathers are more colorful. His plumage grandiose and hers will be less so.”   When I looked at the cloud, it was true! The second cloud just didn’t have as much “oomph” as the first. I asked what it meant to have a male and female cloud formation in the sky?

“Everything in nature has a kane, male, a wahine, female, and an offspring. Kane/Wahine = child, Keiki.”

Later on, I saw a rainbow in the sky. I was driving down Haleakala and there it was. A beautiful double rainbow! But when I looked closer, I noticed that it wasn’t just a double rainbow. One of the rainbows had the colors from the top to the bottom; red, orange, yellow, green, blue, purple.   But the other rainbow was purple on the top and all the colors in between and red on the bottom. The one that was a regular rainbow with red on the top had extra colors at the bottom, and the colors were purple, yellow, and green. Of course, I asked Uncle Mike about this.   “The Rainbow with the red on top is Wahine, female. When you see that rainbow it will be a beautiful, misty, gentle rain that’s on the way. The other rainbow with the purple on top, is Kane, the male rainbow. It is a weather sign that a pounding rain is coming to penetrate the earth and lose the earth around it. The little, three-colored rainbow underneath the female is Keiki, the child. This rainbow signals a very, very gentle mist.”   You know what? The Kane rainbow went out to the ocean and sure enough, there was a huge tropical storm over the sea. The Wahine rainbow and the baby went up to the mountain where we were on our way for a hike. And all we got that day was a beautiful, gentle, misty, cleansing rain. We have many Ho’ailona. Sometimes we are so distracted, we miss it. But from now on, I want to make sure I am paying attention to the messages in the clouds, in the rainbows, and over the ocean. I want to encourage everybody to wake up and notice.

We are one with nature, and nature has many messages to share with us.

Have you ever seen a sign in the heavens? Have a questions about a message received from nature? I would love to hear about it in the comments below:

8 thoughts on “Signs In the Heavens”